Joanne Frearson takes you on a trip around the world in Mergers and Acquisitions news.ChinaResearch by financial services firm Dealogic shows China has the most M&A deal volume in the Asian Pacific (ex Japan) region for the first nine months of 2013.Over the period 2,582 deals were announced in China, with volume up 20 per cent to $156.9billion from $131billion a year ago, marking the highest first nine months’ volume on record. Domestic volume in China totalled $132.8billion, up 13 per cent from $117.3billion in the same period for 2012.Overall, Asia Pacific-targeted M&A volume was $348.8billion in the first nine months of 2013, up 3 per cent from $337.2billion in the same period last year. Although activity dropped 9 per cent year-on-year to 6,753 deals, in Q3 2013 volume increased to $127.1billion via 2,265 deals, up 5 per cent on the third quarter of 2012.GermanyThere has been a resurgence in Germany’s private equity buyout market, with deal value reaching €9billion in the past three months, the highest the country has recorded since the first quarter of 2007, according to data published by the Centre for Management Buyout Research (CMBOR).Overall in Europe, there has been a surge in deal values in the third quarter, with 119 deals completed taking the value of €19.7billion. This was the highest value since the fourth quarter of 2010 and up 129 per cent from the previous quarter, which recorded €8.6billion.Christiian Marriott, investor relations director at Equistone Partners Europe, says: “We have seen a strong quarter for private equity across Europe, with deal values nearly equalling those of the first half of the year. A number of indicators are suggesting confidence is high in the buyout market, with a combination of availability of debt and recently raised funds benefiting overall market activity.”The three largest deals originated from Germany and they accounted for a 40 per cent share of the largest top 10 deals.Sachin Date, private equity leader for Europe, Middle East, India and Africa (EMEIA) at EY, comments: “Germany is being viewed as a safe haven for investment and is ticking all the necessary quality boxes for investors. Its economy is sound and the recent elections passed without any real cause for concern.“It is also encouraging to see the deal pipeline still growing and a number of deals should complete this year, particularly in Germany. Whether this upsurge in activity means the European PE industry is back in full recovery mode remains to be seen, but the signs are certainly positive.”Germany’s deal value was also 80 per cent higher than that the UK achieved, which stood at €5.1billion.United StatesUS firms have increased M&A activity in emerging and high-growth markets in the first half of 2013, with 116 deals completed compared with 110 in the second half of 2012.KPMG International’s latest High Growth Markets Tracker study found the most popular geographic targets for US companies in the first half of 2013 were South and East Asia and China. Other countries high on the popularity lists included Brazil, India, Central America and the Caribbean.Mark Barnes, national leader of KPMG’s US High Growth Markets practice, says: “US companies are exhibiting higher levels of confidence domestically and we’re starting to see this translate into increased acquisition activity in emerging markets.“The US was one of only a few developed economies to have an uptick in developed to high-growth market deals, as overall activity was at its lowest since 2009.”Overall, high-growth to developed deal volume dropped 26 per cent – from 228 acquisitions during the second half of 2012 to 169 in the first half of 2013.US companies were also the most popular targets for emerging and high-growth market companies, with 31 acquisitions made in the US in the first half of 2013. This was down from the 52 deals completed in the second half of 2012.Overall, South and East Asia and China were the top acquirers in high-growth to developed deals in the first half of 2013.Phil Isom, head of KPMG Corporate Finance, says: “Although high-growth to developed market transactions have declined over the last year, the US continues to hold attractive investment options for companies around the globe looking to accelerate growth by making acquisitions that expand their geographic footprint.“In terms of the uptick in developed to high-growth market deals, US market conditions, highlighted by relatively easy access to capital, elevated cash levels on corporate balance sheets, and low interest rates, have resulted in an increased capacity for US companies to do deals.”SpainInbound M&A activity is much stronger in Spain than outbound, says an Experian Corpfin Business Report, with the US being the most prolific investors in the country.Data from global corporate finance information provider Experian Corpfin shows in the period from January 2011 to August 2013, US businesses were involved in 46 deals worth €3.6billion.The report says the increased interest by foreign investors and slower outbound activities by Spanish companies might be explained by the economic situation. The economy shrank for the seventh consecutive quarter in 2013 second quarter, although the pace slowed to just -0.1 per cent, while year-on-year, output was down 1.6 per cent and 7.5 per cent from peak in 2008 first quarter.Sectors which foreign investors have been focusing on were manufacturing, with a recorded 120 deals, worth €15billion between the months January 2011 to August 2013. This was followed by computer activities, with 67 deals worth €1.8billion, with the wholesale and retail sector, with 64 deals worth €13billion, in third place.But the financial intermediation sector topped the leaderboard in terms of value, with 62 deals and a worth of €26.5billion.(Joanne Frearson | Business Reporter) 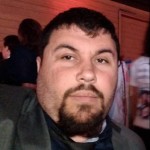 Gol is close to having an airline in the Dominican Republic

Gol Linhas Aéreas plans to open an airline in the Dominican Republic, Gol Dominicana, in the second half, Valor... leia mais